Jay is an experienced public sector Corporate and Executive Director who has proved himself an effective change leader and manager by successfully setting up two new-start organisations and turning around two failing ones. He led for the LSC in London on 14-19 development and partnership work. As a consultant, he has delivered successful assignments for public and voluntary sector clients at local, regional and national level.. He successfully intervened and turned around Thurrock’s poor JAR outcomes on 14-19 and Youth. In Barnet, he integrated Early Intervention work into the leading edge Troubled Families programme and steered very significant restructuring of children’s centres and youth support services to achieve efficiencies. He started off Bristol’s Learning City and Passport to Employment initiatives and reworked Dorset’s Challenge and Improvement Strategy and Special Educational Needs and Disability Strategy, making sure resources could go to children rather than transport. He is a skilled partnership worker with good contacts and networks, and an experienced Chair, school governor, trustee and non-executive director of charitable and not-for-profit organisations, including this Academy Trust.

Kevin Finnigan was a Principal for eight years and a clerk to the corporation for three years. In his last Principal role he achieved outstanding for leadership and management and gained Beacon status for the College. He began his employment as a quality manager in paper manufacturing

He is an experienced further education professional. He writes and delivers a variety of programmes on improving leadership and management for Colleges.

John became CEO for OHC&AT in September 2019 having previously been the Deputy CEO/Executive Principal through a period of significant organisational growth and development. Before joining OHC&AT in 2013, initially as Principal of Carew Academy, John spent many years as a teacher and senior leader in both the special and mainstream sectors, including leading two other special schools.  John has spent his career championing the abilities of, and advocating for, the best possible provision for children, young people and adults with Special Educational Needs and Disabilities and their families.

Barbara has been in the field of learning disability, mental health and children with special needs for 25 years. She is currently a Director at Healthwatch Sutton and a Board member for three organisations that provide learning disability and mental health services. Barbara has worked as a Local Authority Commissioner of Adult Learning Disability Services, as National Head of Children and Young People’s Programmes at the Mental Health Foundation and at the Kings Fund where she led a five year programme to develop education, employment, leisure and social opportunities for people with learning disabilities. She is committed to improving the life chances of children and adults with learning disabilities and is keen to work with families and other partners to achieve this. Barbara is also Chair of the Nightingale Community Academy Local Governing Body.

Stephen Lawes is an experienced Chartered Accountant who has directed financial management and control in a range of public services, including transport, local government, and education. He lives in Wimbledon is keen to bring his professional expertise to support the very best educational provision for the communities served by the Trust.

Yolande works for London Councils as Strategy Director, Young People’s Education and Skills. She is responsible for the development of the strategic vision for 14 to 19 provision in London. She started her professional career as a Photographic Technician and then worked for the Employment Service as the New Deal District Manager for North London which involved the development of Neighbourhood Renewal strategies in Enfield and Haringey.  Prior to London Councils, Yolande was Partnership Director at the Learning and Skills Council where she was responsible for the planning and commissioning of learning provision locally and regionally and had budget responsibility and accountability of £300m annually.  She was previously a governor of Barking and Dagenham College and is currently a governor of Ambitious College.

David’s private sector experience will be a great asset to the Board and he has provided invaluable support to Arbour Vale School. 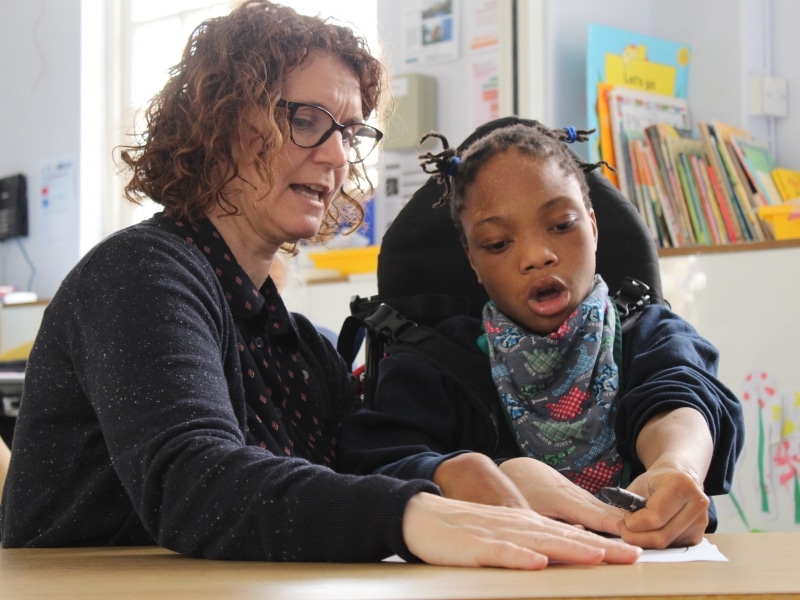 This is a very exciting and pivotal moment in the lives of St Dominic’s, Brantridge and Grafham Grange schools.  Academy conversion under the sponsorship of Orchard Hill College Academy Trust will help secure their futures and, no doubt, lead to better outcomes for pupils and students, families and carers, staff and all stakeholders. 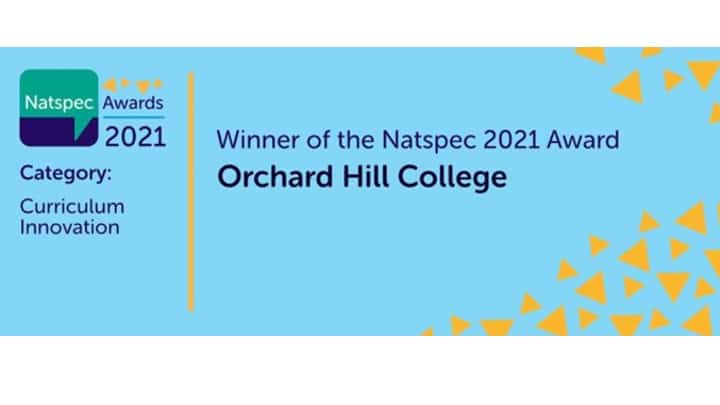 Sarah Gummett-Hart, a Music Therapist at Orchard Hill College & Academy Trust has led a group of therapists from across Natspec (membership organisation for specialist further education) to develop a new toolkit. Natspec has assembled a toolkit to support therapy …

Being Extraordinary for the Extra Ordinary

Executive Principal of The Link Schools, Sandy Turner and PDA and Outreach Teacher, Judy Turner have joined forces again to write another article for the May edition of  Autism Parenting Magazine. The article is entitled “Being Extraordinary for the Extra …

We are proud to advise that The Link Schools have had another article published in Autism Parenting Magazine – April 2021.  Executive Principal, Sandy Turner and PDA and Outreach Teacher, Judy Turner collaborated to write the article entitled “Building Emotional …

This website uses cookies to improve your experience while you navigate through the website. Out of these, the cookies that are categorized as necessary are stored on your browser as they are essential for the working of basic functionalities of the website. We also use third-party cookies that help us analyze and understand how you use this website. These cookies will be stored in your browser only with your consent. You also have the option to opt-out of these cookies. But opting out of some of these cookies may affect your browsing experience.
Necessary Always Enabled

Any cookies that may not be particularly necessary for the website to function and is used specifically to collect user personal data via analytics, ads, other embedded contents are termed as non-necessary cookies.