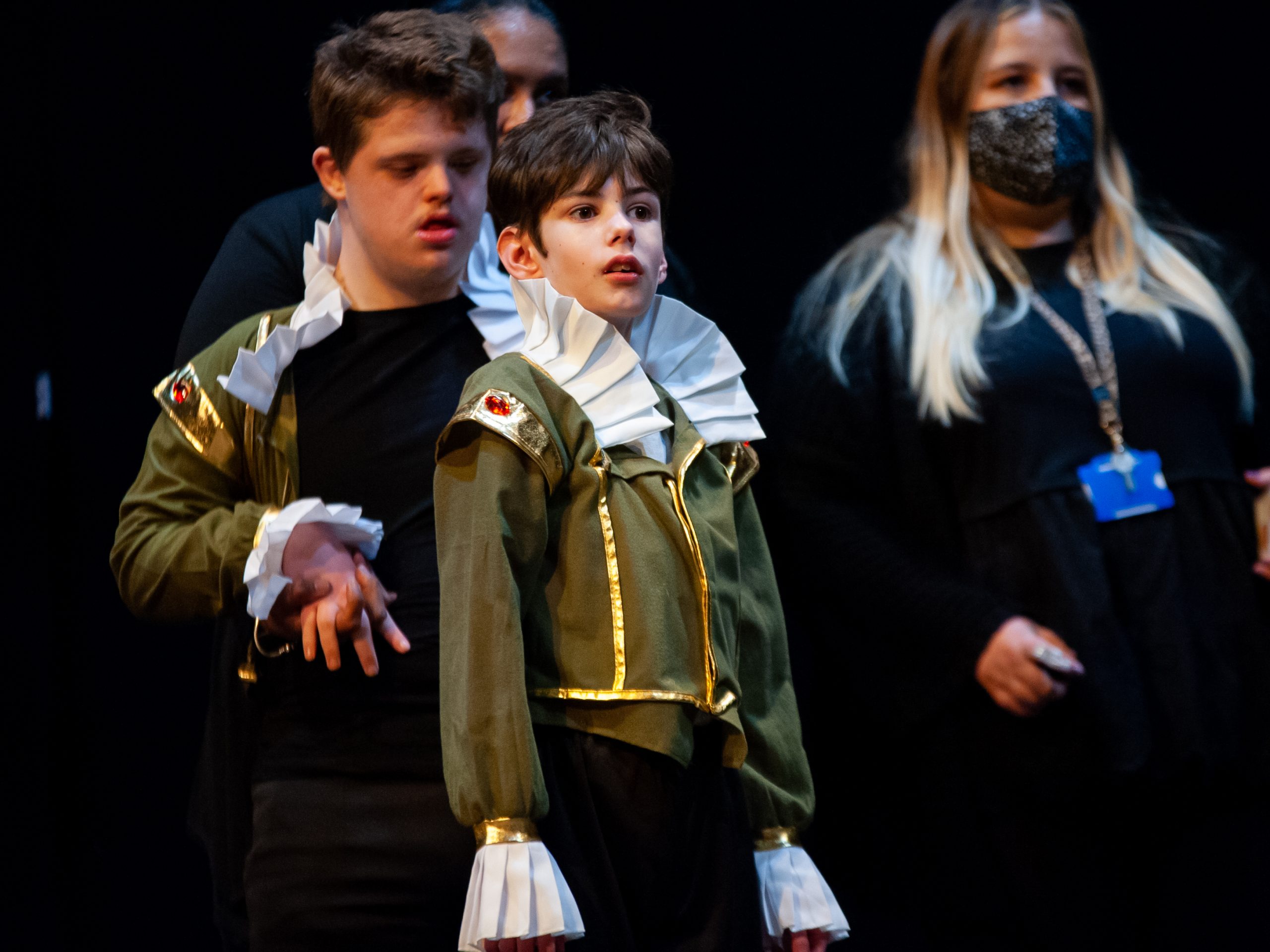 Well done to the budding thespians from Bedelsford School who had the opportunity to perform their interpretation of Shakespeare’s Much Ado About Nothing at the Rose Theatre as part of Coram’s Shakespeare Schools Foundation (SSF).

The secondary pupils took to the stage to tell the audience what Much Ado About Nothing meant to them, using the line from the play “Let me be that I am and seek not to alter me” as their inspiration. 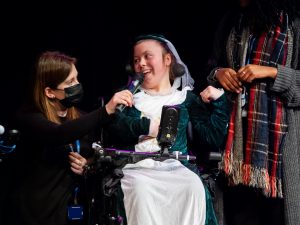 Highlights of the performance, which they have been rehearsing since January, were the masked ball, a Renaissance Dance battle and the song inspired by another quotation from the play: “There was a star danced and under that I was born”.

“It was my first time on stage,” said Emma who played Beatrice. “I enjoyed wearing a special dress and wearing the mask for the ball scene.” 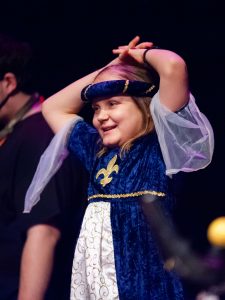 Harry who played Benedict, chose a red costume to help him get into character as he bowed and danced in true Shakespearean tradition. 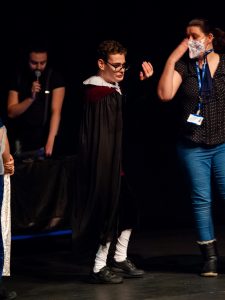 As well as having the opportunity to experience Shakespeare and be on stage, the pupils also grew in confidence using both their independent movement and communication skills. 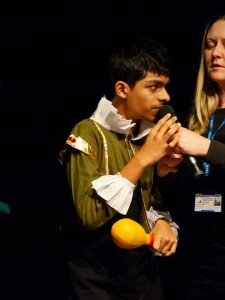 Billy who was one of the narrators said: “The best thing about taking part was all the people in the audience listening to what I was saying and then clapping and cheering me.” 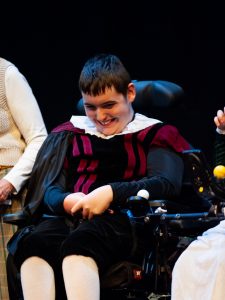 The cast were able to decide how they would communicate with the audience. Some chose to speak their lines whereas others chose to use technology such as GoTalk or BIGmack or Grid 3. Students became involved with the performance by engaging with Soundbeam, where they used switches to create a melody for the masked ball. 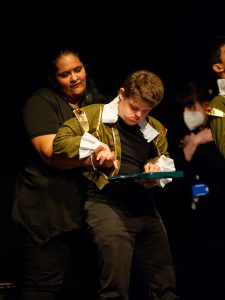 Lily who was also a narrator clearly has been bitten by the acting bug saying she would really like to do it again. 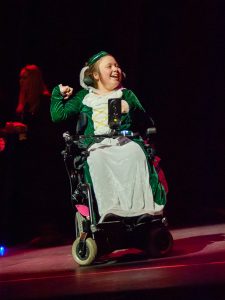 Principal Julia James described the performance as wonderful and said; “We have since been inundated with congratulations and kind words expressing just how amazing the students all were. Our pupils continue to do both themselves and the school proud and we are so excited for future events.”

Building on from the success of the in person performances, the school is building on their learning with the  WOWNOW theatre who have created a programme ‘Much Ado about Something’ to ensure all pupils in every year group, especially those learning at home, can take part in a theatre/performance based activity. 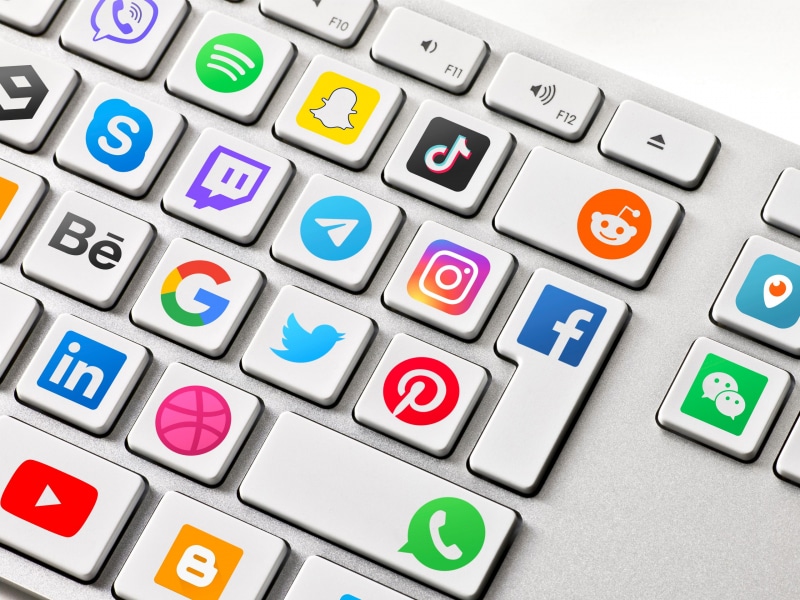 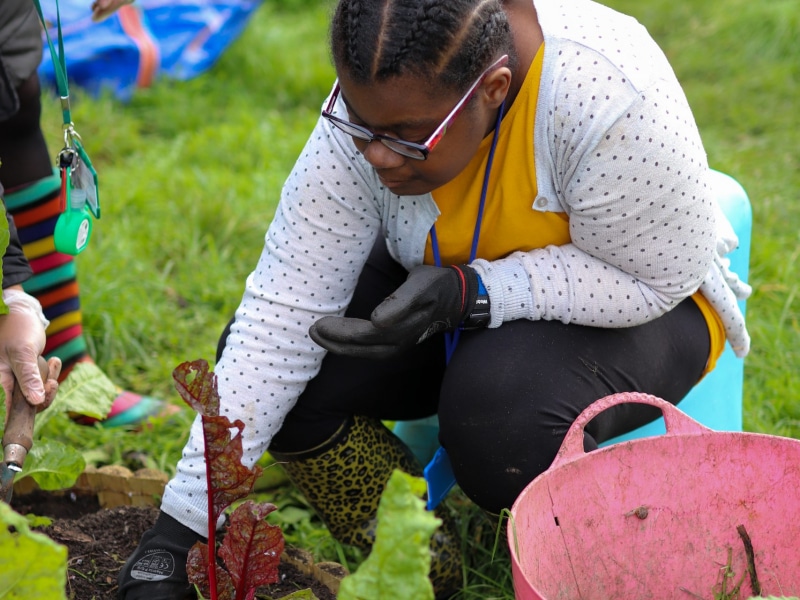 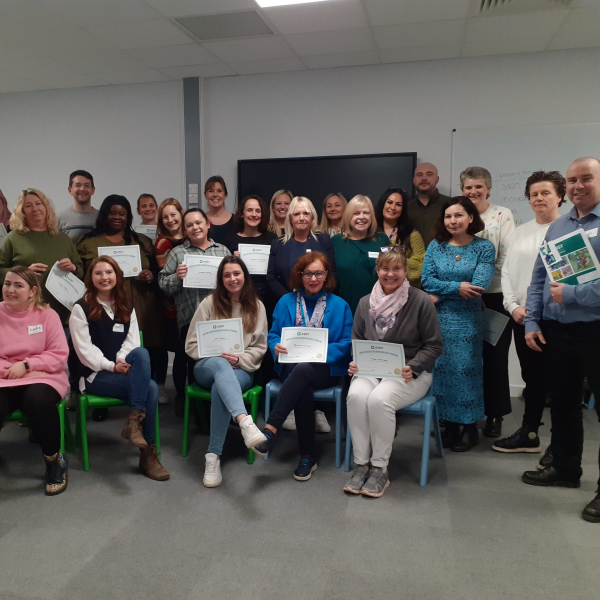 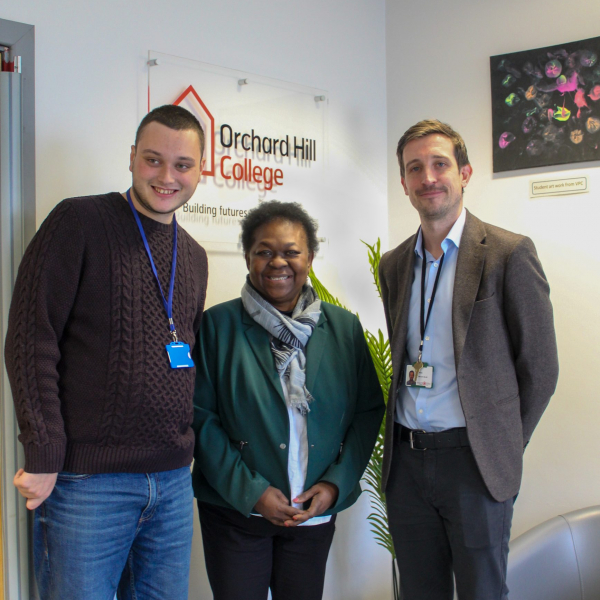 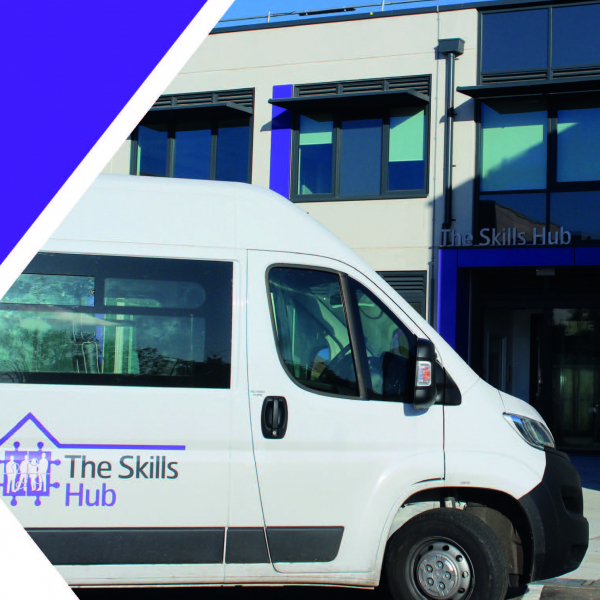